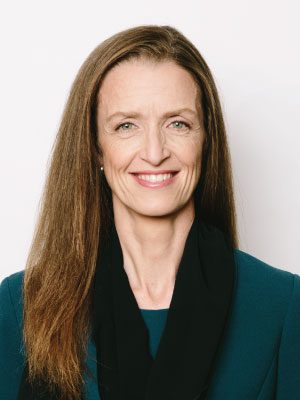 Kara Naish was born in Ontario and raised in small town Alberta.  She graduated from the University of Calgary in 1994 with a degree in French immersion education.  Not feeling ready to start teaching high school at 21 years of age and knowing herself to have a personality that’s a little more feisty than is generally acceptable in a classroom, she went on to law school at the University of Alberta.  She graduated in 1997 and promptly moved to Vancouver to fulfill her dream of living on the West Coast. Her personality and skill set drew her to litigation such that immediately after articles, she started working at a prominent insurance defence firm where she gained significant trial experience early in her career.  She met her now husband a few years later and they decided to adventure to California where Kara wrote the bar exams and practiced as an attorney acting for insured and self-insured corporations defending against personal injury claims.  After having their first child, they decided to move back to Vancouver where she has lived since.

She has practiced in a number of environments including as in-house counsel.  Her practice focuses primarily on insurance defence litigation however she has significant experience working on both the plaintiff and defence sides of personal injury litigation.  She has developed specialized experience in brain injury, chronic pain and catastrophic loss.  She has appeared at all levels of court in British Columbia, having conducted more than 20 Supreme Court judge or jury trials and is happiest when in a courtroom.  She also enjoys putting her education background to use, having presented courses on a variety of topics including loss of housekeeping capacity, traumatic brain injury and all aspects of the trial process.

Personally, Kara has huge passions for sports and the outdoors.  If she were to narrow it down, her favourites are running, road cycling, hiking and skiing.  She has run multiple marathons, recently rode the Whistler Granfondo and is gearing up to run the Knee Knacker 50 km trail race.  When she’s not at work or working out, she can be found on the sidelines of a soccer field as a coach or team manager, as a school volunteer, watching one of her three children compete in a triathlon or trying to convince her very lazy new puppy to go for a short run.