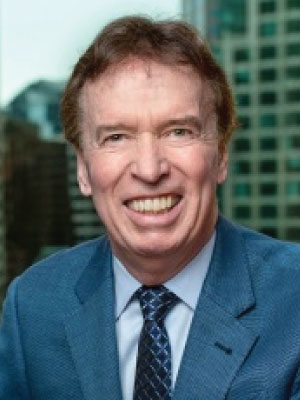 Scott B. Stewart has been the principal of Stewart & Company or its predecessor law firms since 1975, more recently becoming Associate Counsel to the firm. He studied history and political science at the University of Manitoba graduating in 1967 and thereafter studied law at the University of Toronto graduating in 1970. He was called to the British Columbia Bar in 1971 and has practiced since then exclusively in the area of civil litigation.

The majority of Mr. Stewart’s practice for some time has related to motor vehicle insurance defence. The balance of his practice has been general civil litigation including the defence of life and disability insurance companies. As well, Mr. Stewart has developed a practice in the area of real property assessment appeals acting for a number of national companies with respect to the value placed against their property rolls in various municipalities throughout British Columbia.

Mr. Stewart frequently has appeared before administrative tribunals, the Supreme Court of British Columbia, the Court of Appeal of British Columbia and the Supreme Court of Canada. He has been an advocate of the use of jury trials in appropriate circumstances and he has cautioned against the excessive use of expert evidence by the defence, particularly in defending claims of mild traumatic brain injury, psychologic injury and pseudo-injuries such as chronic pain syndrome. His expertise regarding such claims was confirmed by his retention to act as an expert witness in a legal malpractice suit wherein his evidence regarding expectations of lawyers in brain injury cases was repeated and thereby accepted in the judgment. He has lectured on many occasions at seminars sponsored by Continuing Legal Education, Canadian Defence Lawyers and B.C. Trial Lawyers, most particularly with respect to mild traumatic brain injury, the use of expert witnesses and defending future economic loss claims. He also has lectured on numerous occasions regarding real property assessment issues in a litigation setting, again with respect to the appropriate use of expert evidence and also regarding the efficacy of alternate dispute approaches to resolving valuation disputes. He often has delivered lectures to insurance personnel at their in-house training sessions with particular emphasis on thorough investigation of claims and the development of fact-based answers to specious medical diagnoses.

Mr. Stewart has participated in many commercial arbitrations and frequently has acted as arbitrator. He is a strong believer in the benefit of full and thorough negotiations prior to trial and, to that end, has participated in innumerable mediations, a large proportion of which have resulted in settlements.