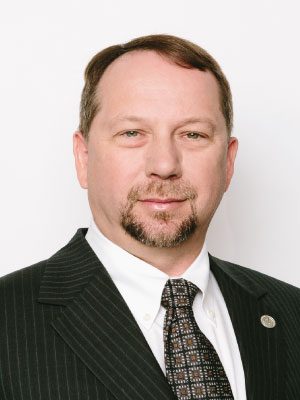 Called to the bar in 1996, Ken has been practicing motor vehicle accident litigation since 1997 and has focused his practice on defending insurance claims since 1999. He joined Stewart & Company in 2008, became a partner in 2014 and has been Managing Partner since 2016. His practice currently focuses on major loss claims and appellate work. He has particular expertise in liability matters, thoracic outlet syndrome and mild traumatic brain injury claims. In his early years of practice, Ken also practiced in employment law and general commercial litigation. He has appeared before all levels of the courts in British Columbia, the Tax Court of Canada, the Human Rights Tribunal, and an Adjudicator under the Canada Labour Code. His trial experience includes over 35 Supreme Court of British Columbia trials, whether judge alone or jury; he has also argued several appeals in the Court of Appeal in British Columbia. He has written articles and taught lawyers on topics including ethics and practice management, civil procedure and jury trials.

Ken is also heavily involved in the affairs of the Canadian Bar Association – BC Branch. He was President (2019-20 term) and served over 20 years on Provincial Council (as a section chair and as a county representative), several terms on the branch executive committee, and as co-chair of the 2005 Canadian Legal Conference in Vancouver. He has served on various national and branch committees within the CBA. He was also President of the New Westminster Bar Association in 2004/05.

Ken was appointed Queen’s Counsel December 21, 2020. The press release backgrounder said, Kenneth Armstrong (1996) is highly regarded among the personal injury bar and has focused his practice on ICBC defence litigation, group life and disability insurance defence. He has conducted dozens of Supreme Court trials and has appeared in the Court of Appeal and Provincial Court. Prior to serving as president of the Canadian Bar Association, BC Branch, he served on the provincial council for several years. He has also served on 19 committees addressing legal aid, legislation and law reform, government relations, finance and membership. Kenneth also has given his time to prepare and deliver legal education programs to guide the next generation of lawyers.